The following are for general information, research and ideas - some species or cultivars referred to in links may be unavailable in Australia or unsuitable for Queensland conditions 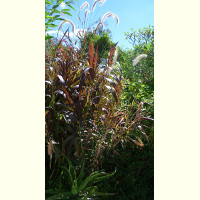 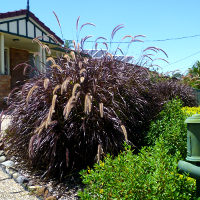 Thysanolaena maxima syn. Thysanolaena latifolia These links have been moved to a separate page: Tiger grass

Links about Zoysia tenuifolia have been included on the Turf page

More to come in future updates...


Mexican Feather Grass traders go to court
Bunnings plus several wholesale nurseries have pleaded guilty in the Melbourne Magistrates Court to buying and selling Mexican Feather Grass in 2008. As part of an out-of-court settlement, Bunnings have agreed to implement better systems and staff training to prevent noxious weeds being distributed in the future. Source: Bunnings Fined Over Prohibited Weed (July 2010)

Weed Alert!
Mexican Feather Grass (Nassella tenuissima) has been introduced into Queensland as mislabelled nursery stock. This Class 1 declared weed poses a threat to agriculture and the environment. If you suspect that the feature grass you have recently bought or had installed in your lansdscape might be Mexican Feather Grass, contact Biosecurity Queensland on 13 25 23. Do not move or dump the plant. You can find more information and pictures of the weed at the Department of Primary Industries and Fisheries website. (November, 2008)